Impact of declining Rupee (INR) to Dollar (USD) conversion rate on the income of workers and professionals working in the GCC region.
Today millions of Indians are working in GCC region on employment visas and are remitting foreign currency to India every month which is a major factor for our balance of payments. It is estimated that every year Indian NRIs remit to the tune of 70 Billion USD back home which is a huge amount for Indian Economy. A small state like Kerala receives every year amount to the tune of Rs 60,000 Corers (INR Sixty thousand Corers) every year from NRIs who work as expats in GCC (Gulf countries) and other foreign countries. Most of them are working in Oil & Gas, Infrastructure or Power sector on employment visas.
Most of the foreign currencies are linked to USD for example say AED (UAE Dirham), QAR (Qatari Riyal), SAR (Saudi Riyal), KWD (Kuwaiti Dinar), OMR (Omani Riyal), and BD (Bahrini Dinar) all are linked to USD for their conversion rates. Even the currencies of countries like Jordan, Iraq, Malaysia, etc. are linked to USD for their rate of conversion. So the better the Dollar rate gets as compared the Rupee, better will be the amounts remitted by NRIs back home. The bare conversion statistics state that all Indians working abroad have got a raise in real salaries by whooping 33% in 2 years just because of the better conversion rates. In Oct 2011 the dollar was trading at 45 INR which is now @ 60 INR a rise of 33 per cent. So naturally the NRI community is happily walking to the bank because they have more Rupees for the same dollars. 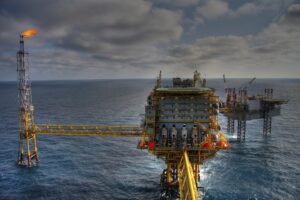 For those working in India the pressure is twofold i.e. Rupee value getting lesser and inflation on the rise!! So the prices of all imported goods including petrol, diesel and cell phones on the rise and these spirals in to rise prices of daily needs like vegetables and milk. This is coupled with various multi-billion dollar scams which have rocked the government and have stalled the decision making process causing recession in the domestic economy. This in turn is affecting the salary rise, increments and incentives in all sectors of economy and all organisations whether public and private companies. This situation is expected t prevail till next year unless there is some miracle for economy.
Therefore more and more professionals today are preparing themselves to become NRIs especially those who work in sectors like Power, Infrastructure and Oil & Gas. Recruitment consultants in Mumbai and Pune are getting more and more applications from those working with Oil & Gas Design Engineering Companies, EPC companies and Operating companies for exploring opportunities in GCC region.
Those who are already NRIs are enjoying the fruits of labor now because they have already got a raise of 33% in last two years for the same salary. Suppose they also got a nominal raise of 15% in salary every year for last two years, the person who got salary of  INR 45000 (1000 USD) in Oct 2011 is now getting INR 79350 (USD 1320) in Aug 2013.
So all those professionals who are not able to decide, buckle up, make your CV and send it to recruitment consultants in Mumbai or Pune and start exploring overseas opportunities on a fast track….
by Mr.Joshi