Apostille attestation in Delhi and other part of India is one the most in-demand service due to a large number of people going to foreign countries for Employment, Trade and Higher Educations.

An Apostille is a term for legal verification or authentication. Apostille refers to authenticating the signatures and seals of officials on public documents. Those Documents are acceptable in all nations that are members of the Hague Convention. India is a member of the Hague Convention since 2005. It is acceptable in nearly 117 countries of the Convention. As per the Convention, any document Apostilled in any member country is acceptable in all the other 116 member countries. Due to this, the process of attestation is simplified. The apostille ensures that documents issued in one signatory country will be taken as valid in another signatory country.

For all documents that have originated in India, Apostille attestation in Delhi and other parts of India is done by MEA (Ministry of External Affairs). 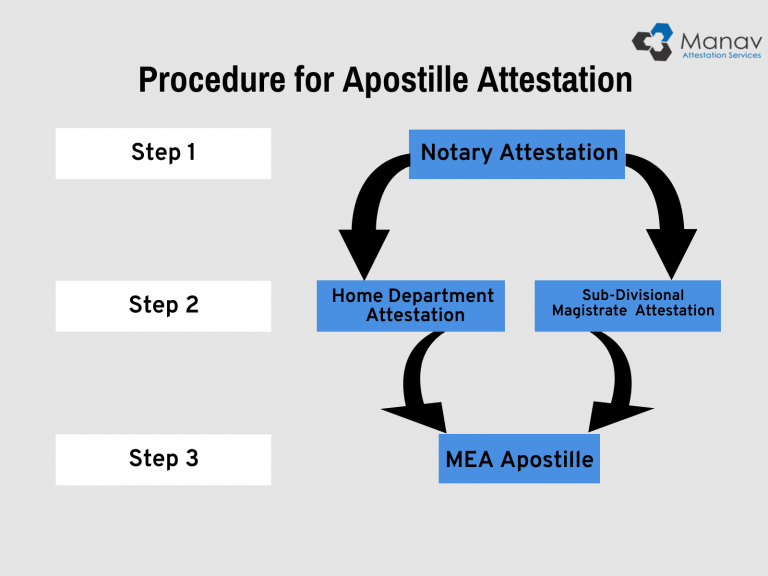 Step 1: Notary Attestation: It is the first step of attestation. It is carried out at the local level by the authorized government officials. 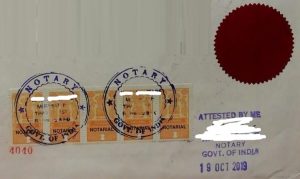 Step 2: Home Department Attestation/ SDM Attestation (Either one of two) 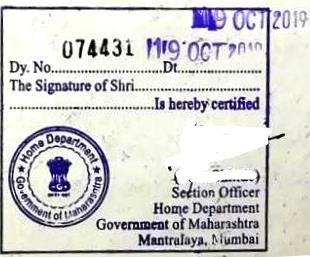 Step 3: MEA Apostille: In this step, the MEA provides a sticker which contains the name and other details of the applicant. At times, along with the apostille sticker, an MEA stamp is also obligated on the documents, especially for commercial documents. It is the final step of apostille and is performed by the central government. 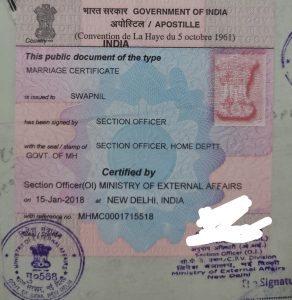 Manav Consultants is top Apostille attestation service provider in Delhi and other part of India from more than 10 years. To get a hassle free service in terms of Apostille certificate attestation, reach to us for all the extended support required for documentation.

Board of Resolution attestation

Also, check Process of Vaccination Certificate Attestation in 2021  as its important regulations for travelling abroad