GCC (Gulf Corporation Council) which has six big & small states, including Kuwait. It is just like any other state, so what makes Kuwait unique & what is so different about it. If we are talking about its geographical area, it is a country of the Arabian Peninsula located in the northwestern corner of the Persian Gulf. The name “Kuwait” is derived from the Arabic diminutive of the Hindustani kūt (“fort”). A small emirate nestled between Iraq and Saudi Arabia; Kuwait is situated in a section of one of the driest, least-hospitable deserts on earth. Its shore, however, includes Kuwait Bay, a deep harbor on the Persian Gulf. Kuwait is largely desert except the western end of it.
Native language is Arabic, English is the second language taught in public schools. Hindi, Urdu, Persian (Farsi), and other languages also are widely spoken among the foreign population. Population wise mostly suni’s are the majority of the population. It has been carrying a unique part of the world where ancient culture stands alongside modern day developments, which can be proved by the help of their sports culture, dressing style and many more.
In sports if they are competed national & international in countries most widely played sports i.e soccer & Golf on the other hand it carries all the traditional sports, here we can say the traditional Arabian society with the contemporary western culture. While on the chapter of tradition of Kuwait- we cannot brush off  famous Kuwaiti culture as  is the institution of the  diwaniyyah , a regular gathering of men usually in a tent or a separate room of the main house—which serves as a time to gather, enjoy refreshments, talk, or play games, this tradition has been followed from ancient times till date, as it competes the world with latest technology although it carries its tradition. Art   tradition of Kuwait   weaving is maintained still . The intricately woven fabrics are made on a sadu, a Bedouin loom, and are common sights in souks (bazaars). Two ʿids (festivals), ʿId -a-Fitre and id -Al –Ada including Ramadan these are the Islamic holiday’s.
If we move towards the city , a huge & good market to shop in the city where it is easy to get  all kinds of cloths traditional as well as western .Local markets are available  were you pick up a good bargain on Middle Eastern  & Oriental  items, you could shop at the traditional Souk Al Mubarakiya market downtown for good shop, for western shop western-style Souk  Sharq (Kuwait City) and Marina Mall (Salmia) is there.
The Incredible thing about Kuwait smooths transportation, although no railway is in the country, roads are linked with its neighbors & a large airport is located south of the capital which helps in fluid business for the country.
This state is into much business as manufacturing, agriculture, & trade which capably generate not as good GDP for its economy as the OIL & GAS does.
Kuwait is the one –tenth of the oil reserves in the word, even after a huge destruction in this field in 1990’s, it reparse all the damages & capable to came up in the list of leading IOL &* GAS industries.
Due to this business 1970’s the state has successfully generated good per capita income in the world. Kuwait also has considerable natural gas reserves, almost all in the form of associated gas i.e., gas that is produced together with crude oil. The leading companies of the state are KOC & KNPC, which was formally owned by British Petroleum Company & Gulf Oil Corporation but in 1976 both the companies has came under the possession of   Government. Afterwards KNPC comes in the light of new marketing business strategy of supply & distribution of  petroleum products in abroad.  In 1980 the government founded the Kuwait Petroleum Corporation as an umbrella organization overseeing the KOC and the KNPC as well as the Kuwait Oil Tanker Company, the Petrochemicals Industries Company, and the Kuwait Foreign Petroleum Exploration Company. 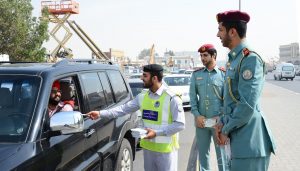 KOC in the same era has performed $D seismic piolet studies, which was on carbonate reservoirs & first time in Middle East.  Same some technological changes took place at the time of 2002 in seismic industries KOC gave successful in depth study in piolet studies in MINAGISH field with some other multiple geographical objectives. Minagish. Umm Gudair, Burgan etc are some of the 3 D Seismic survey which are successfully possessed by KOC.
Oil & Gas is not only the focus area  for business but as well they are planning to come up as a tourist place to attract tourist in the country with the reopening of Museums keeping all traditional & ancient precious things, as well some other projects for coming future. And with the rising industrial technology & competition an agreement is signed by the Kuwait for single currency in GCC, which add more value to currency & states.
With the rising of state everything has changed their work culture, somewhat their interest in sports & everywhere so as on the living standard of the people. If we compare the state to UAE the cost of living is 20%  cheaper  from UAE like 1 bedroom  apartment in City costs  is 241 KWD  Outside of Centre 182.46 KWD likewise 3 bedrooms in City Centre     500.00 KWD ,Outside of Centre       379.15 KWD.  As transportation is 21% cheep than UAE, but food is 6% more expensive than in UAE & so on. The price of gasoline in Kuwait is 0.08367 KWD Approx per liter which is 81% lower than the average world price of gasoline. The price of diesel in Kuwait is 0.7606 KWD per liter which is 80% lower than the average world price.
Above all the country has listed its name in developed & developing countries., which has continuous plan for future to compete other , it is in a path to enhance  value of  its currency , by giving its support for common currency.
Note : For all Indians who are in process of taking up jobs and employment visas, they need to attest their Graduation / Diploma certificates from Embassy / Consulate of Kuwait in India and then their visa can be further processed. Manav Consultants offers assistance for certificate attestation, please get in touch with our Mumbai office at +91 22 65012151 in this regard.
by Mr.Joshi